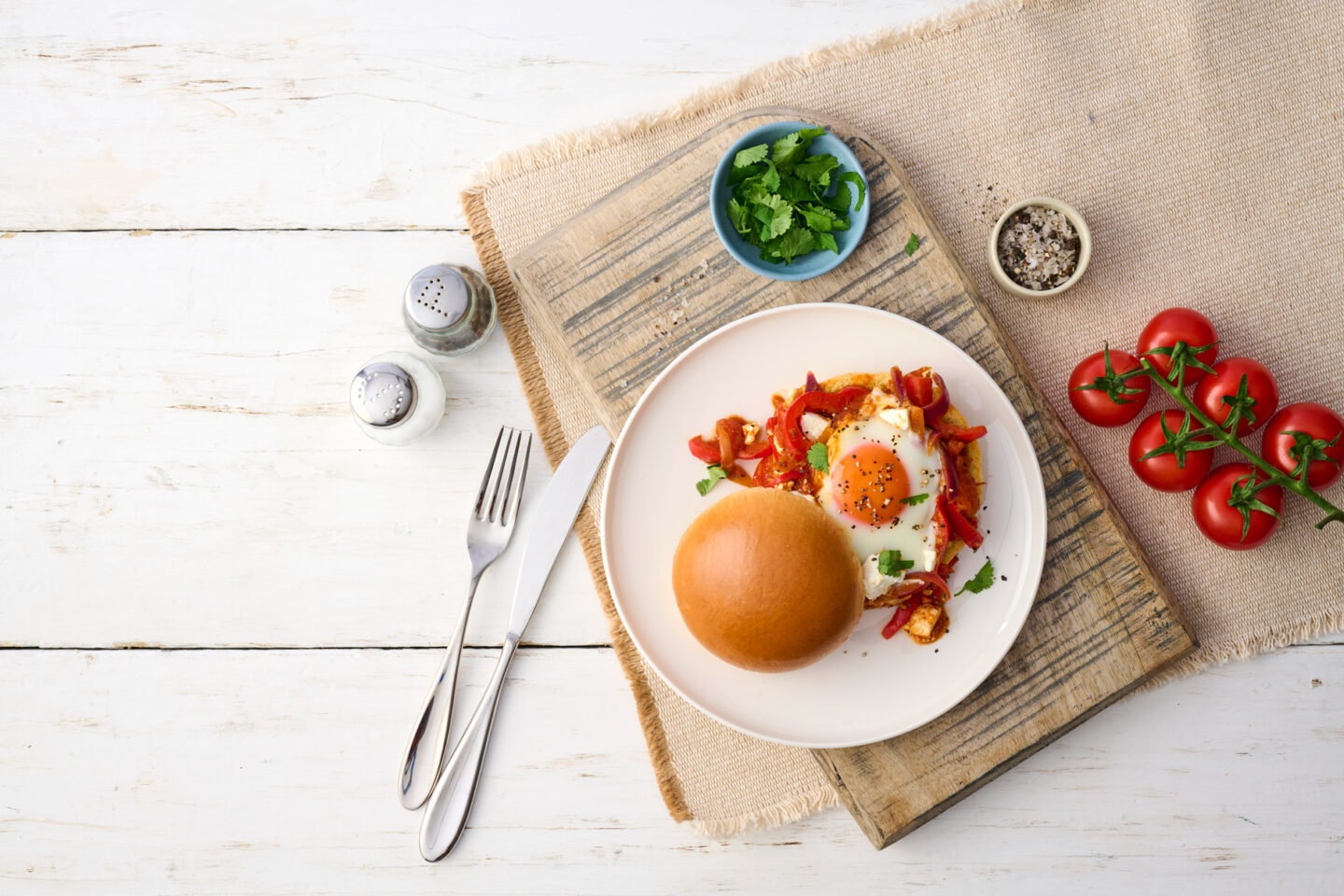 Combining the delicious spices of Shakshuka with the sweetness of St Pierre Brioche Burger Buns. This warming dish will have you ready for the day ahead.

Shakshuka is originally said to have come from North Africa, although now it is a very popular dish in the Middle East. The base of a Shakshuka is warmly spiced, saucy tomatoes, often with peppers and onions, and eggs cracked right into the dish so that they cook within the sauce. There is no one specific recipe for Shakshuka and a variety of spices, vegetables and meats are used across different countries and cultures.

Whilst not specifically a breakfast meal in the Middle East and North Africa, in Western countries Shakshuka is often seen as a breakfast or brunch dish, probably due to the inclusion of eggs. Normally served with a warm pitta, challah or naan, St Pierre have added a little French twist to this traditional dish and served with a toasted Brioche Burger Bun.

Pre-sliced, deliciously soft brioche buns, ready to be filled with your favourite burger. With a golden, plump texture to perfectly hold your filling together and a shiny glaze on top, this gently sweet brioche bun tastes great with every type of ingredient.

View product Where to buy